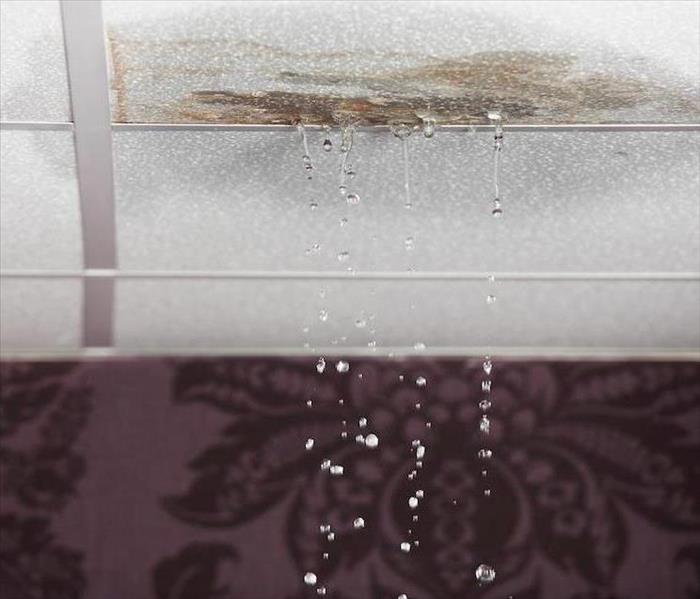 Water damage can leave an unpleasant odor in your home long after the damage has been mitigated. Contact SERVPRO right away for odor elimination.

After water enters into areas of your Glendale area home where it can cause problems, they might seem to grow in magnitude. This happens because water can create soft spots in flooring and other materials that take time to become noticeable. Affected drywall, stucco, and other wall types can also crumble, become stained, warp and bubble, lose their paint in flakes that show up on floors, and exhibit bubbled wallpaper coverings. Other problems are not seen but noticed in other ways.

If your home has had problems with water damage in Glendale, you might experience ongoing odor problems. Even after extraction of the water and the drying out of your home and furnishings occurred, odors can persist. Your home's interior might seem picture-perfect, but lingering odors can cause you to realize that a problem still plagues your home. The longer water sat inside your home, the more persistent these odors can seem to you.

Deodorization by SERVPRO technicians can help complete the restoration process by removing the odors caused by the extended presence of water. Even after the physical removal of microorganisms and other odor-causing substances takes place, odor often remains a problem. We use different methods to ensure our customers' satisfaction with the results. It is important to us that you find your home's restoration work acceptable.

SERVPRO's Odor Control Technician (OCT) solves problem odors left behind by water damage through different methods. Sometimes, odors develop during the long curing process of new adhesives used in the restoration process. Depending on the source of the odor, or sources when more than one causes problems for your family, our OCT's methods could include different techniques, or combinations, to clear the air in your home of offensive odors.

When adhesives such as those used in carpeting or other components of your home cause problems, injecting the carpet's pad with odor-killing agents can help immensely. When adhesives that bonded plastic components to the framework of your home, placing deodorizing gel packs may work – when these cannot fit, injecting similar agents into the cracks often resolves the problem.

However, not all odors come from discoverable sources, or we find them too widespread to utilize a solution that relies on a topical approach. When this situation occurs, we use machines that generate hydroxyl gas to eliminate these odors no matter their location. Hydroxyl molecules bond with odor-causing ones and makes a larger, heavier molecule. Because it now weighs more, becoming airborne and causing odors can no longer happen.

SERVPRO of Eagle Rock / South Glendale wants to ensure that your home's restoration after water damage is complete, including the elimination of bothersome odors that persist. Call us at (818) 244-6005 to stop experiencing these problems.

Click here for more information on the city of Glendale.