We Are The Leader In Southern California Fire Damage 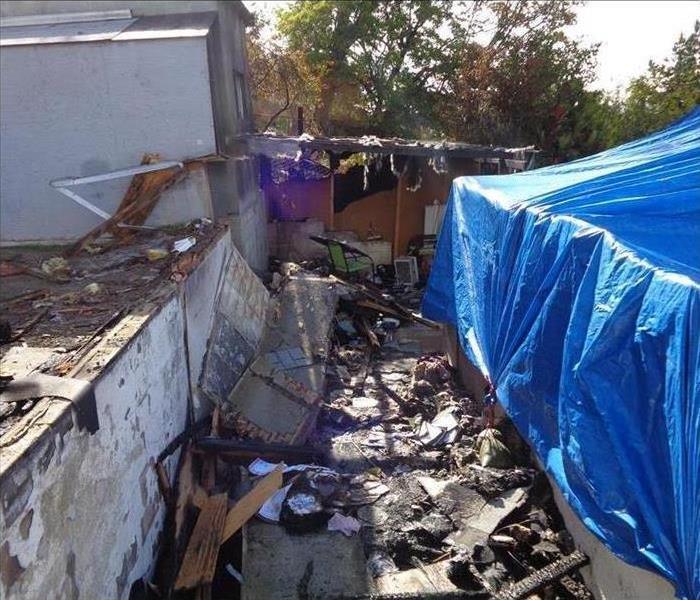 The contents in this home were destroyed and there was smoke and soot throughout the house. We arrived right away and began restoration.

Why SERVPRO Is The Leader In Southern California

One of the most crucial points of fire loss cleanup from the Southern California wildfires are odors and smoke damage. Homes with sprinkler systems tend to fare better, often escaping direct damage from the flames but left with water damage and the same need for odor control.

Cleanup for recent Southern California wildfire damage and in particular, the wildfires odors in area homes needs to begin as soon as the fire department clears it for re-entry into the area. Eliminating charred debris goes a long way to lowering the pungent scents, but since hot air expands and drives soot into objects, using different odor-removal applications is a common practice to salvage items.

SERVPRO technicians have extensive training in the restoration process needed for all types of wild fire odors and fire loss as part of their certification as Fire & Smoke Damage Restoration Technicians (FSRT). Additionally, when the property issues include damage and odors from water and mold, they have the equipment and specialized techniques to neutralize the odors no matter the source.

While water does an excellent job of limiting fire damage, it mixes with the existing soot, and any airborne mold spores in the vicinity have the potential to germinate and spread within 24-hours. The cleanup efforts must remove the water and charred fire debris and dry the property as needed.

SERVPRO uses trash pumps when large amounts of water are on-site and set up centrifugal air movers and dehumidifiers to bring down the ambient humidity and dry the property rapidly. The technicians have training and certification in mold remediation #CMRC-82464 and know the early warning signs to stop mold infestations in their tracks.

Before any reconstruction takes place, the odors within the structure require removal. This action often uses multiple methods, including air scrubbers and negative air chambers, to contain and remove airborne particles. Equipment such as hydroxyl generators and thermal fogging work to neutralize any remaining smoke odors on-site.

Smoke damage and wildfire odors need addressing as soon as possible. Call SERVPRO of Eagle Rock / South Glendale at (323) 255-1000 and the knowledgeable; experienced technicians can remove the fire loss and handle any reconstruction needs with their general contractor license #999460, and make it "Like it never even happened."