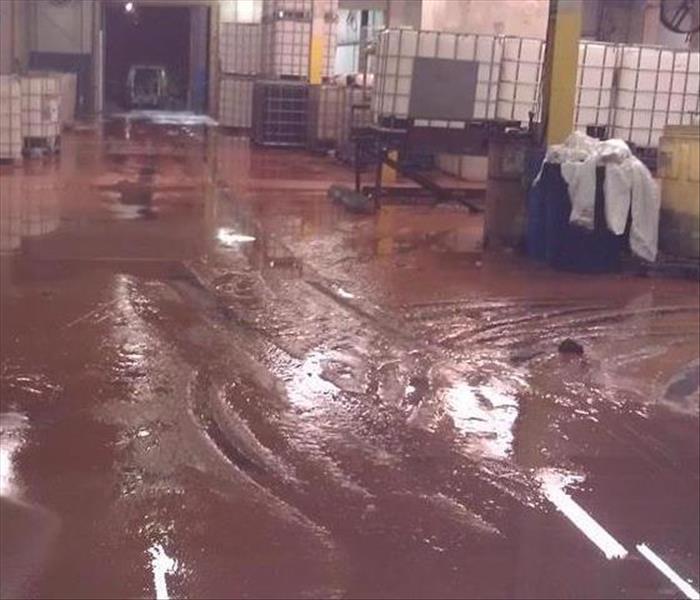 Flood damage to this Los Angeles warehouse was the result of a breach of the primary water supply line to the sprinkler system. The company that occupied the facility wanted major flood damage restoration in record time. We had the requisite equipment and personnel to oblige them. We were dealing primarily with concrete, so while there was some water absorbed, it still allowed for a faster-drying process. So, we managed to get them back in operation in four days with crews working around the clock. If your commercial facility is impacted by flood damage, call SERVPRO of Eagle Rock 24/7 at (323) 410-0041.