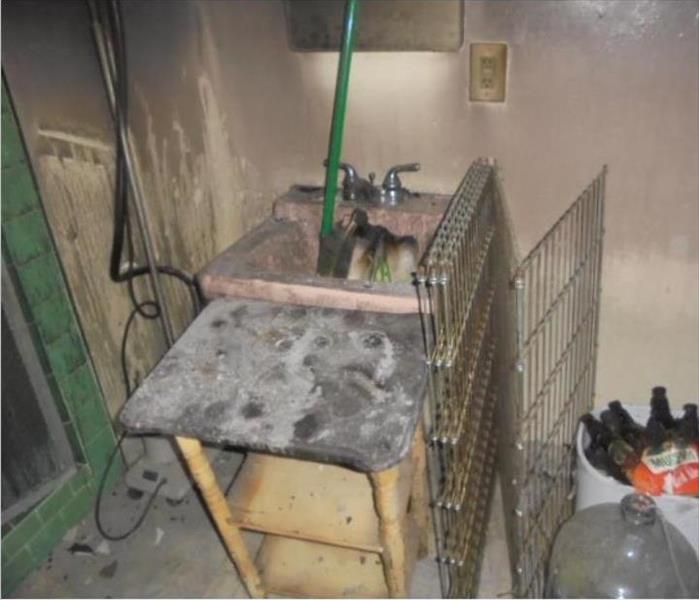 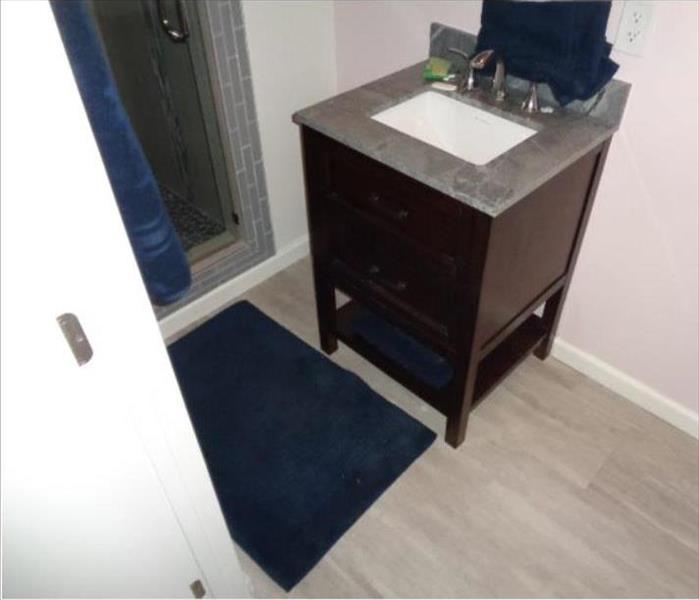 With threats like wildfires to Eagle Rock and the possibilities of neighboring properties experiencing unexpected structure fire concerns, embers and spreading flames can be a destructive force. This homeowner did not have a fire originate in their house, but rather an outside fire breached the exterior of the property and charred the building materials of several rooms on the impacted side of the home. Despite the rapid extinguishment of the blaze, much of the damage had been done in the brief time it took our SERVPRO team to arrive.

The bathroom of this Eagle Rock house was most heavily damaged by the fire damage, which became the focal point of our restoration process and where staging areas were set up to address. The initial actions of our SERVPRO team were to determine what in the room was salvageable, knowing that much of the shelving, cabinetry, and structural elements required removal and replacement. Much like the fixtures and cabinetry, fire debris from charred materials and contents like plastic bottles were also taken from the house and safely disposed of, helping deodorization and filtration efforts to come.

High heat fires leave a chalky film (ash) that you can see in the Before Photo on the sink and wall surfaces, which can be wiped clean with chemical sponges, allowing much of the drywall, in this case, to be preserved. Because the vanity was so damaged beneath the sink, this entire unit was ultimately replaced with the set visible in the After Photo. After the demolition, our SERVPRO team assessed the condition of the remaining building materials and began cleaning smoke residues from the surfaces like the drywall behind the sink. Chemical sponges were also vital in this effort, as these solvents promote the dissolving of any thicker residues, and the wipe cleaning approach is especially effective with dry smoke damage.

Because of the small bathroom space, smoke odors are amplified. Our responding SERVPRO technicians addressed the indoor air quality (IAQ) concerns along with the harsh odors by deploying a hydroxyl generator in this space. After only a brief time, the UV cleaning process and onboard HEPA filter can trap circulating particulates that could be hazardous for those exposed while reducing harsh odors. Regardless of how well elements would get reinstalled, addressing strong combustion odors is a priority of our professionals. In this case, the smoke odors would make normal life impossible, so we acted as quickly as possible to remove and neutralize these smells.

You can see that this Eagle Rock home's bathroom has been almost completely reconstructed to the property owner's specifications in the After Photo. New fixtures and cabinetry, new water-resistant flooring, and a new shower are a few key areas our professionals rebuilt to make this situation "Like it never even happened." For the customer, their modern bathroom is one positive takeaway from the destructive fire, better than it was before.