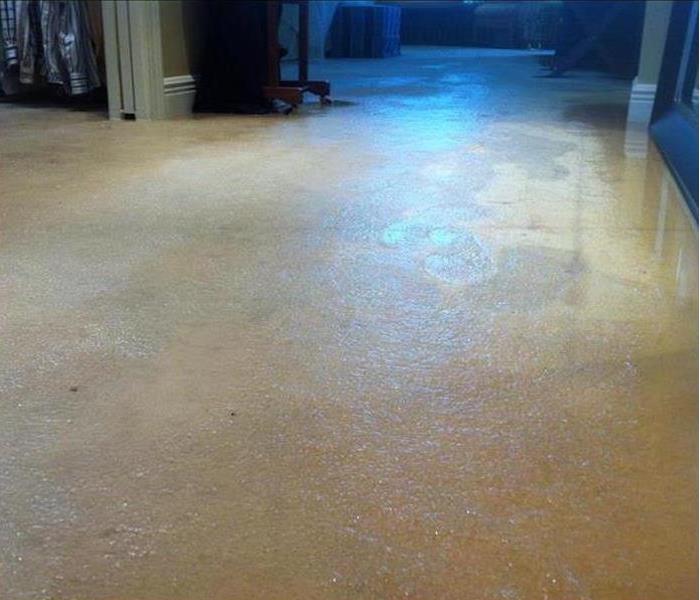 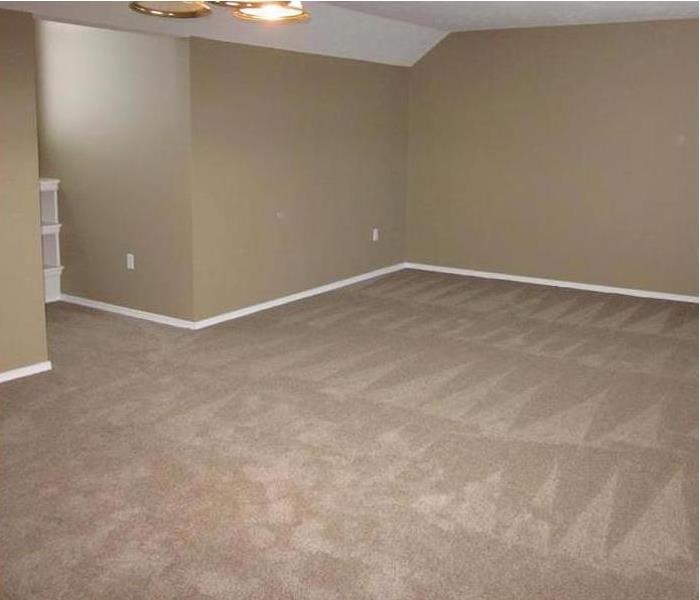 Water damage to this Eagle Rock home was the result of a window being broken out by a flying tree limb during a heavy thunderstorm accompanied by gusty winds. You can see in the before photo that quite a lot of water found its way into the home. The carpeted areas were the most affected by the water damage. WE were able to clean up the majority of the water damage and restore most of the carpeting, but this bedroom had the most water, and the subfloor had incurred quite a bit of moisture content. We were forced to remove the carpeting to dry the subfloor sufficiently. The after photo shows the bedroom dried and recarpeted.